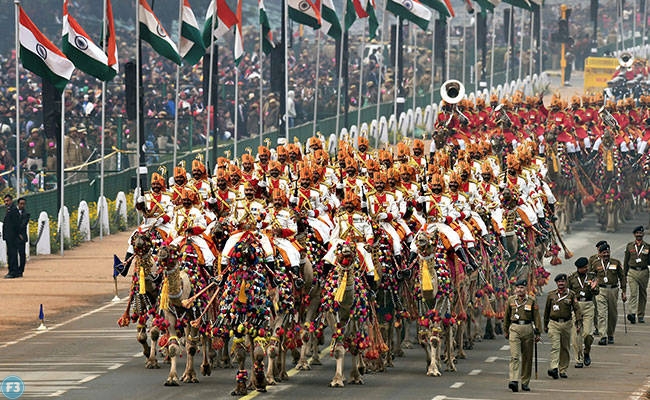 Snipers have been stationed on top of high-rise buildings while scores of CCTV cameras are keeping a tight vigil on people’s movements on the parade route.

Republic Day 2018 : As India celebrates its 69th Republic Day today, Prime Minister Narendra Modi will host 10 leaders of the Association of Southeast Asian Nations or ASEAN as guests of honour at the ceremonial parade to be held at Rajpath.

The parade will be presided over by President Ram Nath Kovind.

The Republic Day 2018 parade begins at the Amar Jawan Jyoti at India Gate where PM Modi will pay homage to the soldiers who died in the line of duty.

The National Anthem will be played with a 21 gun salute after the unfurling of the tricolour. India’s military might will be on full display during the annual celebrations.

The national capital has been wrapped in a thick security blanket to ensure peaceful celebrations. Special teams, anti-aircraft guns and snipers have been deployed to keep a vigil on the eight-km parade route from Rajpath to Red Fort.

Hundreds of CCTV cameras as well as drones will be watching people’s movements along the parade route. Nearly 60,000 security personnel from the Delhi Police and central security forces have been deployed in Central Delhi.

India and the 10-member Asean on Thursday decided to deepen partnership for combating terrorism and radicalisation through information sharing, law enforcement cooperation and capacity-building projects.Republic Day 2018

Countering terror and maritime security cooperation were the top agenda for the plenary session at the Commemorative Summit addressed by the 10 southeast Asian leaders and PM Narendra Modi.

Fight terror figured in all bilateral meetings too. The Delhi Declaration adopted at the Republic Day 2018