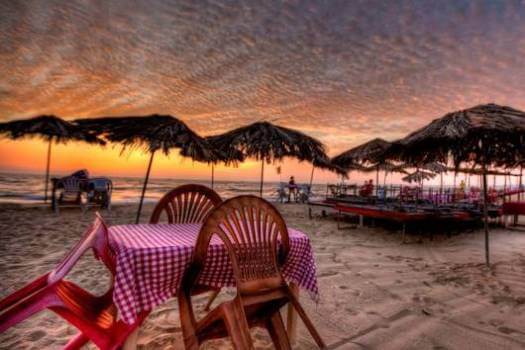 Historical PLACES IN INDIA : India is very  diverse – probably the most diverse of countries that you will find on this earth. We have some of the Coldest places in Kashmir, A place that has highest rainfall in world . Cherrapunji, and also one if the driest places on the Earth The Thar Desert.  Adding to that more than half of Indian boundary is home to beautiful beaches. And don’t forget that Northern part of India hosts Himalayan Ranges snow capped mountains.

All Historical PLACES IN INDIA Mix all this with different cultures and hundreds of Languages and Dialects . You have a got a potent mix of diversity. If you really think, I really am amazed that with such diverse people & geographies how do we operate as one single democratic country !

Anyways, I am digressing here. Let me now give you Agra’s Taj Mahal is one of the most famous buildings in the world, the mausoleum of Shah Jahan’s favorite wife, Mumtaz Mahal. It is one of the New Seven Wonders of the world, and one of three World Heritage Sites in Agra.

Completed in 1653, the T?j Mahal was built by the Mughal king Sh?h Jah?n as the final resting place for his beloved wife, Mumt?z Mahal. Finished in marble, it is perhaps India’s most fascinating and beautiful monument. This perfectly symmetrical monument took 22 years (1630-1652) of hard labour and 20,000 workers, masons and jewelers to build and is set amidst landscaped gardens.

this city is also popularly known as the Pink City, is the capital of the Indian state of Rajasthan. Jaipur is a very famous tourist and education destination in India.

Lots of people flock to Jaipur to view the various forts and monuments in Jaipur which reflect its glorious past. Tourism is a significant part of Jaipur’s economy. Some of the world’s best hotels are located here.

This city is Famous for its pristine beaches, infact 90% of all the tourism in Goa happens only for its beautiful beaches in Coastal Areas. Goa has two main tourist seasons: winter and summer. In the winter time, tourists from abroad (mainly Europe) come to Goa to enjoy the splendid climate. In the summertime (which, in Goa, is the rainy season), tourists from across India come to spend the holidays.

three million tourists reported to have visited Goa in 2008 . More than half million of whom were from Foreign visitors  Infact, many foreigners have made Goa as there home for its laid-back and relaxed lifestyle !

Kashmir was once called Heaven on Earth, and once of the most beautiful places in the world ,However, in last couple of decades, terrorism has faded its charm – A place home to Himalayan Ranges. There are several places of tourist-interest in the town and district. The confluence of three ocean bodies. The Bay of Bengal, the Indian Ocean, and the Arabian Sea. Ajantha & Ellora are 28 – 30 rock-cut cave monuments created during the first century BC and 5th century AD, containing paintings and sculptures considered to be masterpieces of both Buddhist religious art and universal pictorial art.

The caves are located just outside the village of Ajantha / Ellora in Aurangabad district in the Indian state of Maharashtra.

Darjeeling in India owes’ its grandeur to its natural beauty. Known for its natural splendor, Darjeeling’s best gift to its’ visitors is the dawn of a new day. The mountains awaken first with a tentative peeking of the sun.

A steep ride, five kilometers from Ghoom, or an invigorating walk up a steep incline, leads sun worshippers to Tiger Hill. The air is chilly with darkness and damp. To the east, a dull orange sun emerged painting the sky with brilliant strokes of magenta, gold, orange and fuchsia. The snow capped Everest, Kabru, Kanchenjunga, Jannu and other peaks slowly emerge from slumber to start a new day. The sun worshippers gasp at the magnificent sight.

Mysore is a tourism hot spot within the state of Karnataka, One of the most visited monuments in India, the Ambavilas Palace (also known as Mysore Palace) is the center of the Dasara festivities.

The Ladakh capital city of Leh lies near the eastern parts of Jammu and Kashmir, On the crossroads of the historic “Silk Route” from Sinkiang to West Asia and to the plains of India.

3 thoughts on “Historical PLACES IN INDIA”