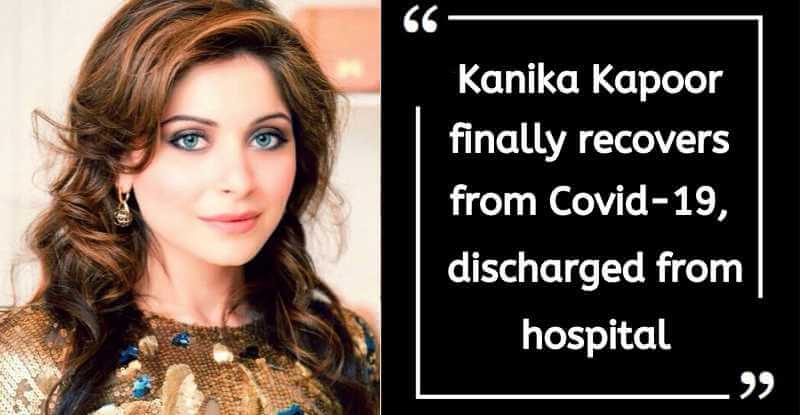 Advertisement
, who’s known for her songs like Baby Doll and Chittiyan Kalaiyaan, has been finally discharged from Lucknow hospital.

She was diagnosed with Covid-19 last month and Kanika was the first Bollywood celebrity to test positive for the disease.covid 19 in the country.

According to ANI, Kanika was allowed to leave after her sixth test came back negative on Monday. Her fifth test on Saturday had also come back.

negative but the doctors wanted to be sure about her health and decided to discharge her only after two back-to-back tests came back negative.

After her fourth test came out positive, she had put up an emotional post hoping her next test come out positive. “Going off to bed. Sending you all loving vibes.

Stay safe, you guys. Thank you for your concern but I am not in the ICU. I am fine. I hope my next test is negative. Waiting to go home to my kids and family. miss them!” Kanika had written on Instagram.

She will be in home-quarantine for the next 14 days.

She was admitted on March 20 when her tests Revealed that she was corona positive.

The singer who had come from London on March 9 ,she hid her travel history from the official and was slammed by the media for interacting with hundreds of people.

at parties and other events in Lucknow even though she had symptoms of Corona.

An FIR was filed against Kanika for negligence and disobedience of the order issued by a public servant and of committing a negligent act likely to spread infection of disease dangerous to life.

Now that Kanika kapoor has been discharged from the hospital, it remains to be seen how she will deal with the FIR against her.

A fir was lodged against ,Kanika kapoor on the complaint of the Lucknow chief medical officer