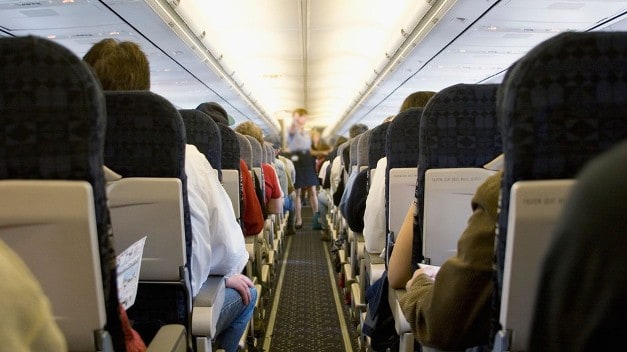 Get The Best Seat On The Plane

Get The Best Seat On The Plane : Getting a business class upgrade is not always a walk in the park; but that doesn’t mean that you are destined to suffer – okay that’s extreme, let’s go with travel – in economy!

These travel hacks from Skyscanner will show you how to get the best seats in the house – or the airplane – on your next vacation. Best Ways to Travel Hacks To Get The Best Seat On The Plane

It is good to know whether it is extra legroom, less noise, or safety that is paramount in your travel priorities as these will impact the choice of seat you make. For example, if leg space is important to you, you will probably end up in noisy surroundings because the more spacious seats are offered to parents travelling with babies in fold-out cribs.

But if it is a peaceful flight you are looking for, then a good idea would be to avoid the galley areas. This is where the staff work preparing meals, where the toilets are located. Where the bulkhead seats are placed – which as we know are family favourites!

Do your own thing

Don’t follow the herd. A 2013 survey by Skyscanner tells us that seat 6A is the most coveted seat on a standard plane, and the least favourite seat is 31E. This conclusion was drawn from a survey that highlighted the fact that 46 percent people prefer a window in the front of the plane, 60 percent would rather get a window seat, and 62 percent choose an even numbered row. So, if you want a seat of your choice, stay out of the competition. Try picking an aisle seat in an odd numbered row.

Doing your homework always helps – with details of the airplane your flight is using. Websites like seatexpert.com or seatguru help you figure out the best seats on a flight. The information provided includes legroom, whether or not it is a reclining seat. How close to the galleys and toilets the seat is, and even the type of entertainment system you should expect. Site users also rate various seats, while highlighting the ones to avoid.

An early check-in gets the worm

With millions of passengers boarding planes daily, there is huge competition for coveted seats. It is but logical that the earlier you check in, the higher your chances are of grabbing your choice of seat. International flights can even open up to a year in advance.

Another thing you must keep in mind is that if the seat you want is not available, keep checking back online. Many airlines are known to release seats as late as a week to a day before departure. These seats are often preferred bulkhead and exit row seats which are kept reserved for frequent flyers.

A smile can get you a better seat. While checking in, it is always worth enquiring about a better seat at the counter. When frequent flyers are upgraded, the seats that free up could be better economy or premium economy seats. This goes down at the last minute. So a warm smile at the check-in counter might just get you a great seat!

A little harmless trickery works sometimes. If you are travelling as a family or as a couple, you can trick the system into giving you some extra space. Here’s how. Leave an empty seat between two members of your party. Ideally, in a three-seat row, if you book both the aisle and the window seats.

You increase the chances of having an empty seat in the middle. If the flight gets booked up, you can always swap and sit together since surveys have proved that the middle seat is the least popular seat on a plane.