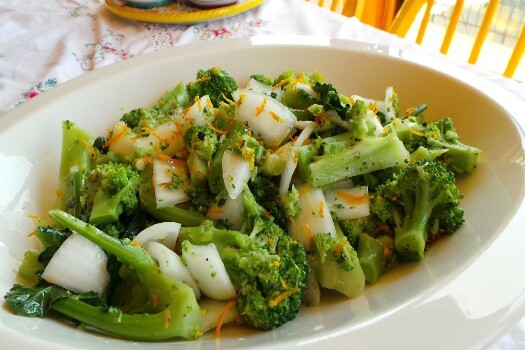 Eat broccoli to keep diabetes in check : Here’s another reason to consume broccoli, as researchers have identified a new anti-diabetic substance, richly occurring in broccoli, which can significantly lower the blood sugar levels.

The findings indicated that blood sugar of the animals that received sulforaphane dropped by 23 percent in four weeks.

Study author Anders Rosengren from the University of Gothenburg said that there are strong indications that sulforaphane can become a valuable supplement to existing medication.

The objective was to find new medications against type-2 diabetes by addressing an important disease mechanism: the liver’s elevated glucose production.

They analysed 2,800 participants investigated and found that sulforaphane proved to have the best characteristics for the task.

An antioxidant that was previously studied for the treatment of cancer and inflammatory disease.

Cell experiments on animal studies on rats and mice with dietary

The blood sugar of the animals that received sulforaphane dropped by 23 percent in four weeks. By 24 percent in those given metformin.

Anders Rosengren explained that when sulforaphane was removed from the extract, the effect disappeared. Then they also looked at the genes from the liver of the animals.

Anders Rosengren noted that sulforaphane targets a central mechanism in Type-2 diabetes and has a mild side-effect profile. As functional food, it can reach the patients faster than a medication. And it is also an interesting concept from a diabetes perspective, where diet is central.