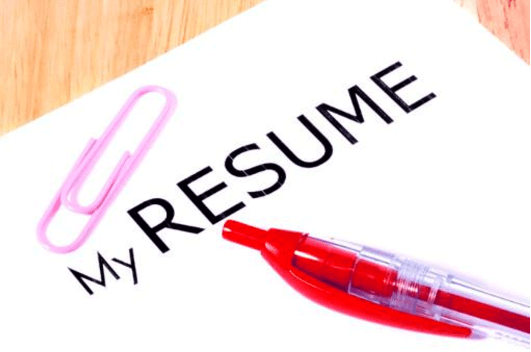 Why Your Photo Should NEVER Include in Resume : The general belief is that photos should ordinarily not be included in a resume. As it will bring a focus on protected characteristics such as age, gender, ethnicity etc. Increase the chance of you being discriminated against in the short-listing process. It can also bring a focus on features such as weight and attractiveness, both of which have been shown to be criteria which employers unfairly discriminate against.

The problem is that with the rise of social media. This seemingly sensible position of withholding physical appearance from resumes is becoming increasingly nonsensical. Because research from CareerBuilder shows that between 43 percent and 55 percent of employers can.

Check candidate’s social media profiles as a matter of course. Which will most likely give employers access to at least two photos of any candidate they wish to research. So, this means that in this day and age, many employers will see more than one photo of a candidate prior to short-listing whether or not the resume contains a photo.

Does this mean that it’s therefore okay to routinely include photos in your resume? Well, we are not quite there yet, as although I think that the idea of photos in resumes is becoming desensitized due to the flood of photos on social media. There is still a residual paranoia about photos in resumes. So, you might want to ensure to not send photos for employers who specifically asked you not to or for conservative sectors where it could be viewed a little oddly.

But, as a result of social media, the cat is effectively out of the bag when it comes to seeing images on potential candidates. If these images are going to be seen anyway. I think that it is time that candidates started to use photos to their advantage in job applications by using them in an appropriate. Highly promotional way to actually increase their chance of being short-listed.

This task is made easier at the moment as with so many people afraid to use photos in a resume. You have an opportunity to stand-out in the pile of resumes, simply because you have included a photo.

You can take control of the image you present by having a specially prepared resume photo. Which presents the most professional and business relevant view of yourself to the employer. Have a picture that reflects your personality and their culture of their business. Do you want to appear like a cool, intellectual, or a warm relationship builder, or a dogged, determined sales type? Use the picture, to capture the essence of your personal brand and also use the picture to create affinity between you and the employer and not to create barriers.

Done well, a photo can promote your personal brand and demonstrate affinity between you and employer. Make you literally leap of the page. As they say, a picture literally speaks a thousand words. So I think that unless it has been outlawed or will look strange in your profession. It is much more than OK to include a photo in your resume.

If executed properly, a photo in a resume will differentiate you; it will communicate your personal brand in an instant. (remember you have just 6 seconds to impress a recruiter with your resume). Giving you a further edge in the short-listing process. I also think it can help to create an affinity with the prospective employer as long as your picture is in tune with and reflects the employer’s company culture. It’s an opportunity not to be missed.