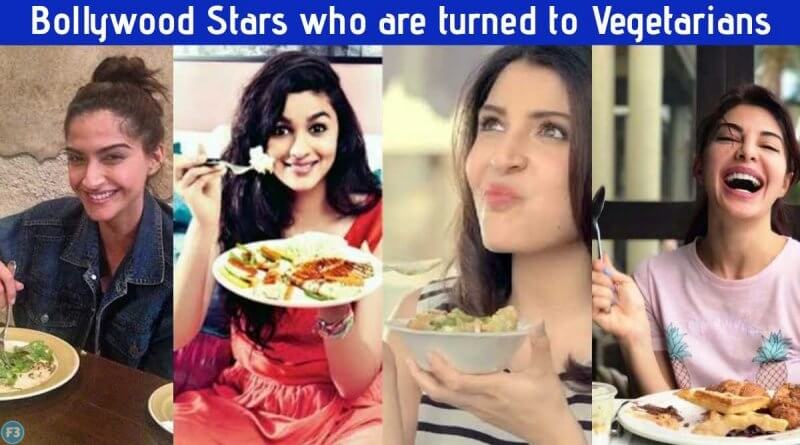 Top 10 Bollywood Stars who are turned to Vegetarians

Some have turned vegan because of their morals and principles and some because of their health-related issues. Slowly, as people start to realize this, they start to let go of their old habits and turn to vegetarianism.

The following are 10Bollywood celebrities who are vegetarian.

Advertisement
for the protein it provides them with.

He works excruciatingly hard on his body but has always been a vegetarian after he read Life is Fair by Brian Hines that his father gifted him. Shahid is very fond of animals. Shahid has been crowned with PETA’s Hottest Vegetarians along with Sonam Kapoor.

The Indian cricket team captain recently adopted veganism. He went through a major fitness transformation after deciding to steer away from animal-based products. He even admitted that the change in his food habit has improved his game.

Amitabh is one of thefittest actors his generation in bollywood industry Amitabh once said, “I just quit eating non-vegetarian food on my own, not for any medical or health or religious reasons. It just happened, and now, I have left it.” PETA named him the hottest vegetarian several times.

Sonam Kapoor gave up eating meat a few years ago but recently she also turned vegan. The actress who loved seafood and curd, gave up dairy and meat to better her health.

She is in better shape now. Sonam s doctor advised her that her body was not reacting well to dairy and that is when she decided to give it up for her health.

Do you know?This Sri Lankan beauty Jacqueline Fernandezis a vegetarian . Being a vegetarian is a big deal for this actress, considering the fact that she has lived in several countries where being a vegetarian was a rare thing. She loves munching on organic food and enjoys staying.

fitter by eating healthy.  and does not eat egg, meat or dairy products, as she believes that they all harm animals. In 2014, PETA awarded her the title of their ‘Woman Of The Year.’

Bollywood actress Anushka Sharma. Who debuted in bollywood industry opposite king khan, She was non – vegetarian ,but it was her love for animals which changed her to a vegan.

she stated that she quit non-vegetarian food because her pet ‘Dude’ doesn’t like the smell of the meat and now would continue the diet for a lifetime.

Alia Bhatt is a the young generation diva who latest entrant to the Vegetarians club in bollywood. She had given up eating meat in the summer but She is pretty happy with her vegan lifestyle and is immensely enjoying her new lifestyle and is looking more fitter than ever.

One of those actresses who has been vegetarian forever, She was raised in a Tamil Brahmin family, who are very strict about their eating and drinking habits.  Mrs.Vidya Balan is vegetarian by choice and has never experienced the non-vegetarian lifestyle.

One of the fittest Actress Kareena Kapoor Khan left non-vegetarian as she thinks it is cruel to the animals and has chosen to be vegan. According to her, it gives her a healthy lifestyle.