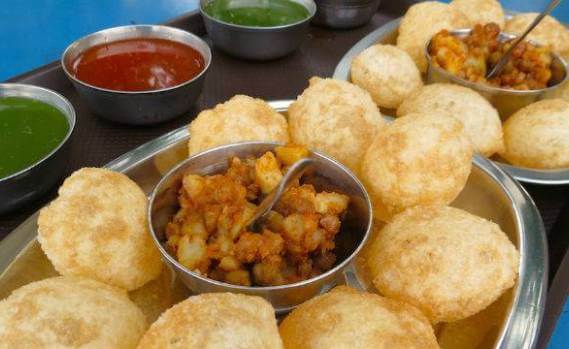 Why You Should Avoid Food To be Taken During Rainy Season : Monsoon brings with it an end to the scorching summer heat and a sigh of relief for everyone.

During the rainy season, the moisture in the air increases to very high levels, and along with it, various microbes tend to multiply. In particular, fungi tend to grow and multiply profusely in this increased moisture conditions.

Hence Dr Saurabh Arora, founder of Food Safety Helpline.com have put forward some tips to store food hygienically. Why You Should Avoid Food To be Taken During Rainy Season 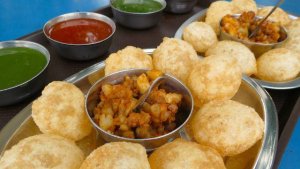 
Bread and other bakery products like cakes, pastries and confectionery are particularly susceptible to spoilage by molds. Therefore, we must take care not to keep these food items exposed to the moist air for long periods. We should consume these items as soon as they are taken out of their air-tight packets.

Since cakes and confectionery contain sugar, these are a rich source of nutrients for bacterial growth. This is another reason why these food items shouldn’t be kept out in the open for long. Care should also be exercised with milk and milk products, as these are susceptible to contamination and spoilage by microorganisms, particularly in the humid weather, which is common in the monsoon season.

Care should be taken not only for food items, but also for the various ingredients and additives that go into preparation of the dishes. These should be kept in hermetically sealed containers, so that they are not exposed to moisture.

Cut fruits also shouldn’t be kept out in the open during the rainy season. These should ideally be consumed as soon as they are cut, to avoid any contamination with microbes. Likewise, fruit juices should also be consumed fresh and not stored for later consumption. Why You Should Avoid Food To be Taken During Rainy Season

The storage of cooked food is very important. Prepared food should ideally be consumed hot, soon after cooking. In case of consumption at a later time, it should be quickly cooled, carefully covered and stored refrigerated in order to avoid microbial contamination.

It is to be noted that while storing food in the refrigerator, the cooked food should be stored in the upper shelves, while the raw food in the lower shelves.

Storage of grains and pulses and raw vegetables should be away from mo isture as much as possible. It would be a good idea to avoid buying in bulk during the monsoon season, in order to avoid problems with storage.

It must also be ensured that the kitchen, and in particular the food preparation area is kept clean and hygienic in order to avoid any chances of microbial contamination during the process of food preparation. Moreover, cooked food must be kept covered and away from raw food items that will likely be contaminated with microorganisms. Why You Should Avoid Food To be Taken During Rainy Season

Food can cause gastric problems during monsoon


We should be careful while consuming certain types of food during the monsoon time. These include various types of snacks made of mashed potatoes, which might be kept in the open for long. One of the most common snacks in this category are samosas.

Other oily snacks include paneer pakoras, which might cause gastric problems if the ingredients are not fresh. Fermented food items like chole bhature can be spoiled by fungi that flourish in the humid conditions prevailing during the rainy season. As a general rule of thumb, all types of spicy and oily food should be consumed in moderation.

Moreover, the water used for preparing street food favorites like golgappas is likely to be contaminated, and there is a chance of contracting water-borne diseases like cholera and typhoid in this way. Fruit juices from street vendors might be kept in the open and served later, increasing chances of contamination.

Moreover, there are chances that the glasses and other items will not be clean. Consumption of Ice-lollies, Kulfi etc during the monsoon season can also lead to stomach problems arising from unhygienic conditions.

The common water-borne infections during monsoon

Venturing out into water-logged streets will result in splashing of dirty rain water onto clothes, hands and feet. Moreover, it is very common to see overflowing drains when it is raining heavily.

So there is a high chance of contamination with fecal matter also. Therefore, extra care must be taken for hands and feet, which should be thoroughly washed with soap. Water as soon as reaching home and before consuming food.


It is very important to keep the body well hydrated during the monsoon months. Therefore, it is essential to drink plenty of water. Drinking water must be very safe for consumption, since during the rainy season, chances of contamination increases manifold.

It should be noted that besides microbes, ground water can be heavily contaminated with chemicals. As these leach easily into the underground water deposits. The best way to ensure safe drinking water is to filter the water, followed by boiling, before drinking.

This will enable you and your family to enjoy and appreciate the true beauty of the monsoon season.